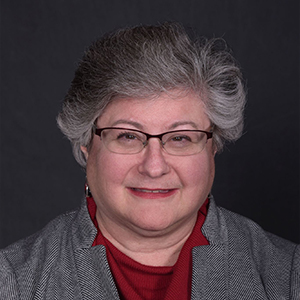 Barbara L. Yong is a partner with the Chicago law firm of Golan Christie Taglia LLP.  She has been practicing for over 35 years, the last 25 of which have focused on commercial litigation, reorganization, and bankruptcy.  Barbara represents individuals and businesses in financial difficulty, assisting both debtors and creditors in chapters 7, 11, 12, and 13.  She also negotiates with creditors, defends mortgage foreclosures, and handles evictions for tenants and landlords.

As a result of Covid 19 and the resulting economic downtown, Barbara has been meeting with many business owners who are struggling to keep their businesses open or have decided to close their doors.  She offers both bankruptcy and non-bankruptcy alternatives to help these business owners. Barbara does not charge for these complimentary consultations.

Barbara is also an experienced litigation attorney handling a variety of complex commercial disputes.  She has tried cases in state and federal court, briefed and argued appeals before the Illinois Supreme Court and the 5th and 7th Circuit Courts of Appeal, and arbitrated many types of disputes.

Barbara has received an AV rating from Martindale Hubbell, has been listed among the Illinois Super Lawyers every year since 2005, and has been recognized as a “Leading Lawyer” in Illinois.  Barbara is an active member of the American Bankruptcy Institute (ABI), Turnaround Management Association (TMA) and the International Women’s’ Insolvency and Restructuring Confederation (IWIRC), and the following bar associations:  ABA, ISBA, CBA, DCBA, and WBAI.

In March 2012, Barbara authored an article, “Fraudulent Concealment:  Silence Isn’t Always Golden” for the TMA Journal of Corporate Renewal.  She is also a frequent speaker on Asset Protection Planning and Bankruptcy.

Barbara is a fierce advocate for women’s rights and is a member of several advocacy organizations, including the Illinois Federation of Business Women’s Clubs (IFBWC), the American Association of University Women (AAUW), Zonta, and the Illinois League of Women Voters (LWV-IL).   She also moderates state and local candidate forums for the LWV.  In 2010, Barbara founded the Chicago Equal Pay Day Rally which is held annually in the Richard J. Daley Center.

Barbara graduated from Loyola University School of Law in 1982 and received her undergraduate degree from the University of Illinois at Urbana-Champaign in 1979 where she graduated Phi Beta Kappa.