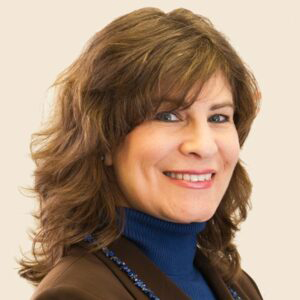 Lauren Beth Gash has a general practice, with a focus on not-for-profit organizations, civil rights, election law, and public policy.

Hon. Lauren Beth Gash has served as a Commissioner with the Illinois Human Rights Commission. Prior to that, she served four terms in the Illinois House of Representatives, where she chaired the Judiciary Committee. She was also Vice-Chair of the Elections and Campaign Reform Committee.  Lauren previously worked in Washington, D.C., and has served on the staffs of U.S. Senators Alan Dixon and Paul Simon.

Lauren is a Vice-Chair of the Democratic Party of Illinois, as well as the Founding Chair of the Tenth Congressional District Democrats (Tenth Dems), a grassroots organization dedicated to building a strong infrastructure in Chicago’s northern and northwestern suburbs.  She was a member of the Electoral College in 2008, 2012 and 2016. She was an elected Delegate to the Democratic National Convention several times.

Lauren, a frequently-requested speaker and panelist, is a life-long community organizer who has served on numerous not-for-profit boards, including the League of Women Voters, PTA and the Anti-Defamation League. She is a former volunteer attorney at Prairie State Legal Services.

Lauren regularly organizes Election Protection teams, CLE (continuing legal education) seminars, job interview workshops, expungement and sealing events with volunteer attorneys, and an annual student Poetry and Prose contest. The Election Protection team puts 125 lawyers at polling places, working to make sure that everyone who is entitled to vote is actually allowed to vote. Lauren believes that politics should be about more than elections; it should be about working together to build a better world.

Hon. Lauren Beth Gash holds a law degree from Georgetown University Law Center, where she served as Associate Editor of the American Criminal Law Review. As an undergraduate at Clark University, she majored in Psychology.

Lauren lives in Highland Park and is married to Gregg Garmisa. They have two adult children – Sarah, who uses her MBA and Master of Public Policy degrees to work toward social justice with not-for-profit organizations, and Ben, who serves as the Communications Director for U.S. Senator Tammy Duckworth in Washington, D.C.